My dad’s birthday fell on Sunday….traditional long run day for marathon training. He’s been my long run buddy, tackling the miles right along side me on his bike.  I offered to switch this week’s 17-miler to Saturday, or let him sleep in and head out by myself. But he insisted that he didn’t mind starting off his special day just like every Sunday for the past month. He’s a special kind of weird. :)

When he turned 50, he and I did a half-century bike ride together…50 miles to the beach. Last year, my “present” to him was hiking the Cactus to Clouds trail near palm springs. My little not-so-subtle reminder that age is just a number and being active is the best counter to aging. Plus I just like spending time outside with him. ANYWAYS, back to the run…

Of course it also happened to be 104 degrees on Sunday (Hey, Happy First Day of Autumn!). You can sleep in or you can escape the heat, you cannot have both. When I woke up to start the coffee pot, it was still dark out. By 7am, we were cruising around the neighborhood as I tried to piece together seventeen miles that were mostly shady, paved, and did not include running multiple loops.

I made it through the run with three water stops and a tangerine gu, replaying my most adrenaline-inducing playlist. Two hours later, I had logged my longest run since 2014’s marathon. 17 miles, 2 hours and 4 minutes, 7:18 average mile pace. Complete success to me, considering I felt like I had plenty left in the tank as I cooled down and stretched. But all the marathon research I’ve done has been very clear about one thing: be patient, because you do not want to “peak” to early or fatigue yourself before the actual race. So I crossed that major task off my to-do list and re-focused my energy on new birthday recipes!

Typically my dad likes Mexican food on his birthday but this year’s request came way out of left field: homemade chicken & waffles, with peach cobbler a la mode. A southern meal that is pretty far from anything I’ve ever made before. I’ll take the opportunity for practice getting ready for southern living in the Carolina’s! 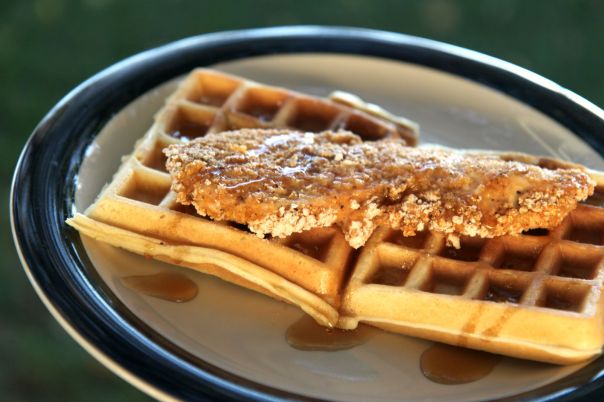 The meal is slightly healthified with some modifications. Not to be confused with “healthy.” There is nothing healthy about this meal, just keeping it real. Even future personal trainers break the clean-eating diet for special occasions :)

We oven-baked the chicken, made whole wheat waffles, and kept portions in check with a green salad. Success, y’all! 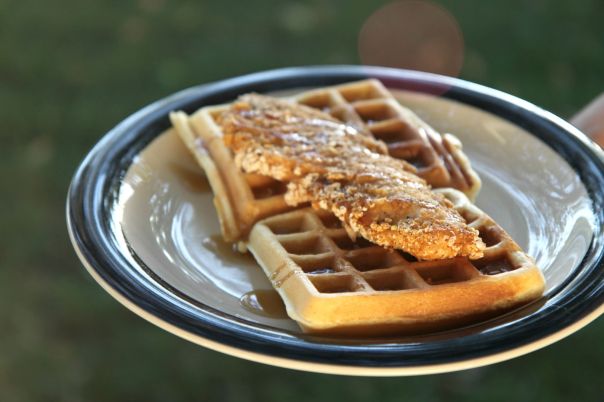 And no,  I didn’t make my dad complete a Spartan race, an Ironman, or anything crazy for his birthday. Nope, we actually kept it low-key with a guilt-free relaxing afternoon, iced coffees, Mad Men episodes, football, NASCAR (okay, I totally Pinterest-ed during that part) and some presents.

We LOVED our cinnamon-y peach cobbler, and I promise there were candles but it was a little difficult to make the crumbly peachy mixture appetizing in a photograph. You can take my word for it ;)

This week I’m starting serious studying for the NASM exam, mixing in some speed and tempo workouts for the marathon training and getting back into clean-eating mode. See you here again soon! :)

Well hello there :) It’s been a whirlwind of a week already and I’m excited to share a life update, but first….my variation of Workout Wednesday.

Any marathoners out there have surely heard of Yasso 800s. It’s a fancy name for a speed workout that is highly regarded in many marathon training programs.

Marathon training involves a careful combination of long runs and recovery, endurance, speed, and strength training. Add in injury prevention, hydration, nutrition, and mental strength and you have quite a lot to juggle. Best way to look at it is one day at a time! Just like in the race…one mile at a time.

If you couldn’t guess, I ran Yasso 800s this morning. (Geez, how many times can I say YASSO in one post?) This is a standard marathon training workout that is considered a “race time predictor.” The workout consists of ten intervals of 800 meters (approx. half a mile) with equal recovery time in between. The goal is to run all ten intervals at a consistent pace. The average of your 800 meter times is considered a pretty accurate prediction of your race time potential.

Essentially: if you run all of your 800 meter intervals around 3 minutes 30 seconds, then you will likely run a 3 hour 30 minute marathon. Apparently its proven surprisingly accurate. The first few weeks of this workout should begin with 5-6 intervals, building up to ten over time. According to this model, I should be looking at a 3:15-ish in a couple months! 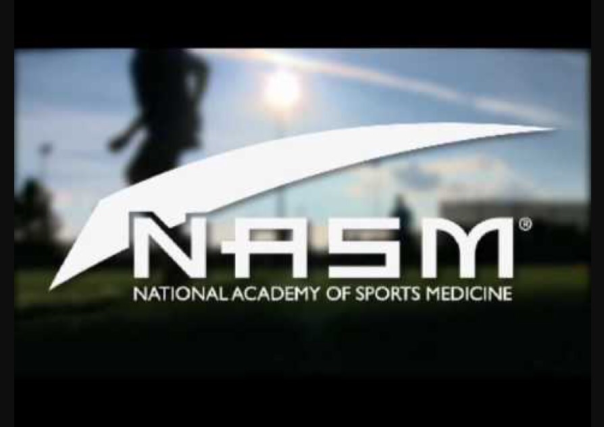 Life Update: I enrolled in a certified personal training program from the National Academy of Sports Medicine this week! I have a great office job that I’m very thankful for, but it has proven that I am not well-suited for a sedentary desk job that requires long hours in front of a computer. I crave to be active and engaged with others! Given that, and the fact that I’m overly passionate about living a healthy lifestyle (um, hello, I only blog about it every other day…) I decided that I would be so fulfilled with a job in the fitness industry. After learning about exercise science, anatomy, nutrition, body mechanics, training planning and fitness development, I will take the CPT exam. Lots of late night studying coming up, which I’m not upset about :) I miss being a student and my brain is ready to be challenged!

Once I pass the exam, I will be qualified to “help clients achieve their personal health, fitness, and performance goals via the implementation of exercise programs, nutritional recommendations, and suggestions of lifestyle modification” and “design safe, effective, and individualized exercise and conditioning programs which are scientifically valid and based on clinical evidence” (NASM.org).

My health and fitness related future posts should have a bit more science backing them up! But for now, this girl still has her day job and it’s time to get to it :)

So much for “Staycation”

Spring Break officially started on Friday. How else would I start my vacation but with a 14 mile run? I made it through the looooong outting (1 hour 45 minutes) by repeating the same 8 songs over and over and over. My iPod has 1,299 songs but I have my go-to’s when I need serious motivation.  Since I have to run by myself, I opted to skip water and fuel this time (going against all running advice, I know) which I don’t want to do again. This weekend I’ll have a running buddy, but the next 9 long runs I’ll need to enlist a friend to ride a bike next to me. Accepting applications now ;)

I stretched, iced my quads and refueled with some good ole’ chocolate milk afterwards though. And yes, that is frozen edamame on my legs. When you don’t have ice, you make substitutes and if peas are A-OK then why not soy beans?!

Last post, I mentioned my “staycation” plans for this Spring Break. But then I remembered something….. I don’t like being cold, alone, or sedentary for too long. Sooo after my long run, I packed myself up and headed west. Senior year has made me more spontaneous. Southern California greeted me with 92 BEAUTIFUL DEGREES. I might not leave.

Grilling dinner on the barbeque, wearing a tank and sandals, and sleeping with the window open. IT FEELS LIKE SUMMER.

I’ve been here less than 24 hours and already the sunshine and seafood and company have made me 100% happier. Even though it’s Spring Break, fitness and nutrition are still priorities. It’s actually easier to workout and eat whole nutritious foods on vacation because we aren’t stressed or busy or exhausted from work. This morning I even treated myself to some brand new Asics, which I immediately broke in on a 7 mile run. My feet felt like they were running on clouds because I’d worn my old pair down so much through this marathon training. 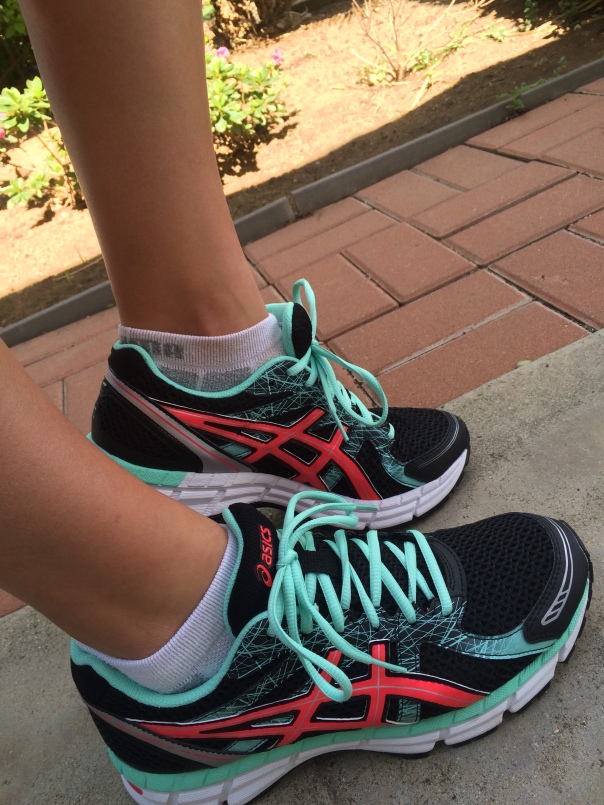 On the agenda for tomorrow morning is a long bike ride down my favorite running path, a gym date and the rest is TBD. Just how I like it :)

P.S. THIS song came on during our shopping outting today and we learned what H.A.A.M. stands for. Apparently it is not Hard As A Muscle…