The new country lifestyle’s appeal has not worn off yet…last night I attended my first rodeo! People-watching is one of the best parts (the cow tie-down and roping just looked sad to me), and there were plenty of cowboys to watch. I don’t know what it is about the “western” style but something about a button-down and a good-fitting pair of jeans is so classic.

I talked to one of my best friends from Arizona on the phone while driving to the rodeo and joked how it would be just like the Nicholas Sparks story “The Longest Ride.” It totally was! Well, it was just like the movie if you take out Clint Eastwood’s son, the romance plot line, the North Carolina setting, the southern accents, and the rich guy’s inheritance. Okay basically the only thing it had in common with the movie was the amount of beer. But it was the first time I’ve seen real live bull riding and a few hundred intoxicated rednecks shouting at livestock so it was equally entertaining.

Anyways, a friend and I got together over the weekend and we made a “healthified” quesadilla recipe that I have to share! Quesadillas are always one of my guilty-pleasure cravings, but a bunch of cheese and a tortilla is hardly nutritious. It’s quite a calorie-heavy meal with out any beneficial vitamins or nutrients to offer. By filling up the quesadilla with fresh roasted veggies and lean white-meat chicken, we bring a little more balance and nutrients into the dish and make it a little less guilty :)

We diced up half of a butternut squash, a red onion, some sweet potato and bell peppers. After tossing them in some olive oil, garlic and pepper, we roasted them on a baking sheet at 400 degrees for 30 minutes. Then cut up some baked chicken into bite-sized chunks and rinsed some green chiles too. 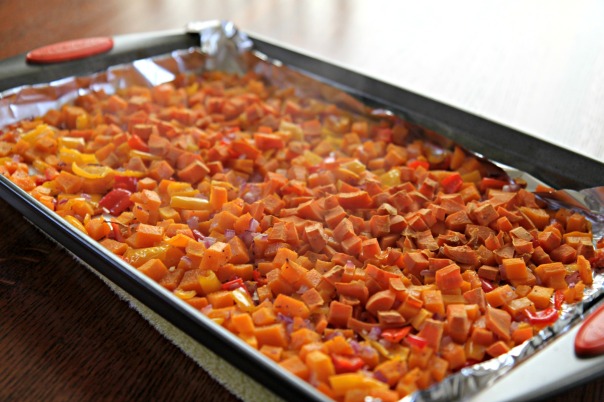 I opted for a whole wheat tortilla. A layer of shredded cheese, some veggies, some chicken, and another layer of cheese before folding in half. 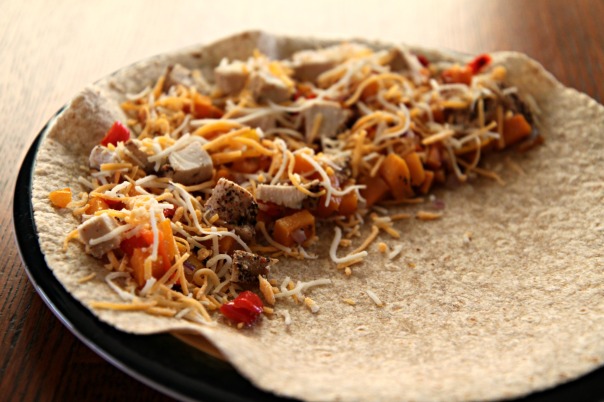 We cooked them in a skillet over medium heat, flipping once. It makes them SO crisp with the nice toast marks :)

Obviously it’s not quite as quick n’ easy as microwaving some cheese in a tortilla but the little extra prep work is way worth it.

I realize that I’m a decade late to the party, but I am currently in the middle of watching the entire Harry Potter series for the first time. One of my new friends here just finished reading the novels and wanted to re-watch the movies. I invited myself to join her because I’ve never made it past movie #4 and I wanted to finally see what all the Harry Potter hype was about! Over the weekend, after the Huckleberry Festival and my morning long run, we knocked out movies #5 and #6. They are getting dark!

Tonight we’re having a back-to-back double feature to finish up the last couple of movies in the series and I made some festive HP-themed treats because my obsession with Pinterest crafts run deep. (This is my third cutesy Pinterest recipe of the summer – 4th of July flag pretzels, watermelon rice crispie treats, and now these owl cupcakes.) I have to share a picture before I sign off for the day because they are just too cute to eat!