Apparently last night at midnight, Taylor Swift’s title track off of her new album “Red” was released. It’s a huge improvement from We are Never Never Never Ever Ever….Never Getting Back Together (although that’s not saying much..). There’s hope for the rest of the album still! The new song sparked an impromptu dance party while getting ready for school ;) 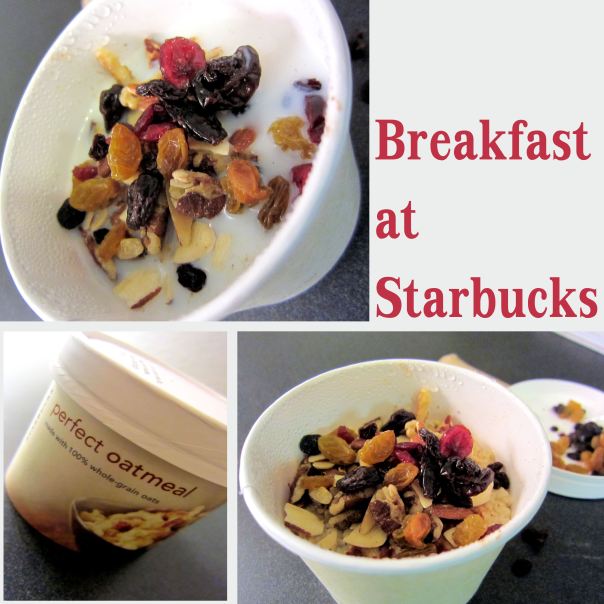 I almost always make myself a bowl of oatmeal in the morning to have with some coffee and fruit, but today I decided to let Starbucks do the work and order the Perfect Oatmeal. Have you had this stuff? It’s so yummy! Comes in the perfect size to-go cup with some mixed nuts, dried fruits and some brown sugar. I like to swap the brown sugar for some cinnamon and milk instead. So hearty. So warm. So delicious. So Perfect. Whoever named it was spot on. 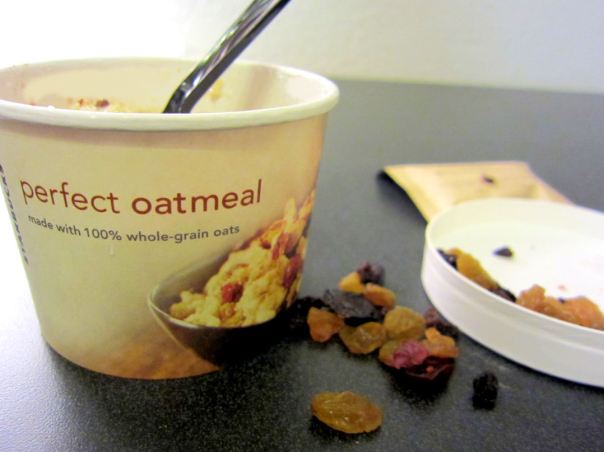 This is also 100x more nutritious than any Starbucks pastry item for breakfast. No matter how tempting that blueberry crumb muffin might look, it’s full of sugar and fat and nearly 500 calories. The oatmeal, mixed nuts, dried fruit, milk and cinnamon clocks in at 350 calories, with whole grains, fiber, protein, “healthy” fats, and calcium. Pretty obvious winner here ;)

I’m hoping this healthy breakfast pays off with brain power for my first mid-term later this morning!